History of Forestry in Vermont 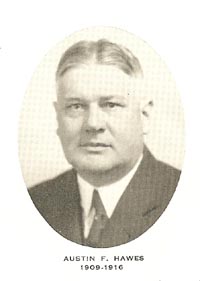 History of Forestry in Vermont, 1916by Austin F. Hawes

Timeline of Forestry in Vermont

1820- The advent of Vermont's iron industry creates a new demand for charcoal.  In Glastenbury alone, 10,000 bushels of charcoal were burned for smelting iron ore in 1820. 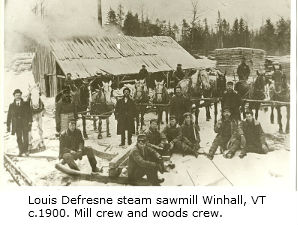 1870- Burlington grows into one of the largest lumber processing centers in the United States, importing over 150 million board feet of lumber annually.

1886- The first Arbor Day in Vermont is proclaimed by Governor Samuel E. Pingree.

1904- A Commissioner of Forestry was appointed by the Governor in 1904 to oversee the new fire warden system. 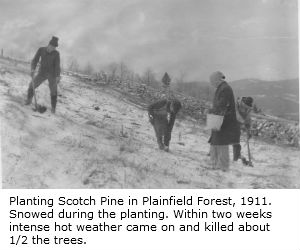 1906-1907- Legislation passes to create the State Tree Nursery at Centennial Field in Burlington.

1909- Austin F. Hawes is appointed as Vermont’s first State Forester, and the first state forest, L.R. Jones, is purchased in Plainfield, which marks the creation of the Division of Forestry. 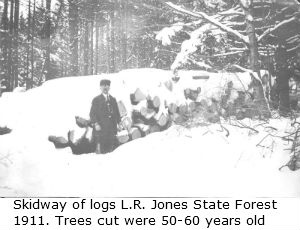 1912- 8,000 spruce seedlings ordered from Europe for planting at Downer State Forest are lost when the RMS Titanic sinks. Mr. Elmer A. Darling builds the first fire tower on Burke Mountain.

1915- Last saw log drive is conducted on the Connecticut River. 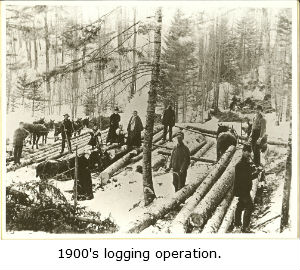 1917- Legislature abolishes Division of Forestry and transfers the duties of the State Forester to the Commissioner of Agriculture.

1922- The State Tree Nursery moves from Burlington to Essex.

1923- The Vermont Legislature creates a Forest Service and the position of Commissioner of Forestry.

1925- The Vermont Legislature approves the purchase of land to help establish the Green Mountain National Forest.

1929- Public forest programs distribute fuelwood to those in need. 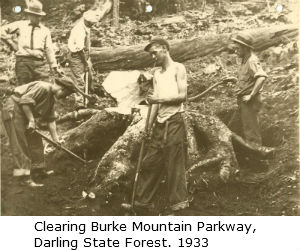 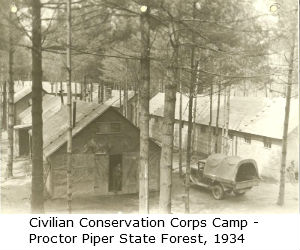 1941- The Norris-Doxey Farm Forestry Act leads to the establishment of the County Forester program in Vermont.

1948- The last pulpwood drive in conducted on the Connecticut River.

1949- The sugar maple is designated as state tree of Vermont. 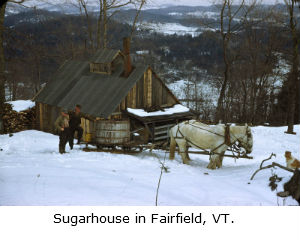 1958- FPR helps re-introduce the fisher to protect forests from porcupines.

1969- The George D. Aiken Maple Research Laboratory is established by the University of Vermont.

1970- The Agency of Environmental Conservation is formed by combining three departments. 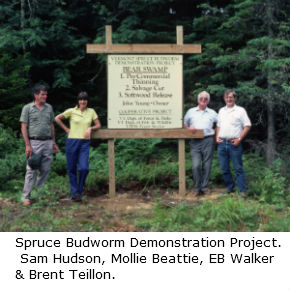 1975- The spruce budworm is discovered, and its activity eventually results in the mortality of 85,000 acres of balsam fir trees.

1978- Vermont passes the Use Value Appraisal Law, lead to the conservation of 1.5 million acres of forest land.

1990- The Vermont Monitoring Cooperative is founded to help coordinate forest ecosystem research and monitoring efforts between the FPR, the University of Vermont and the Green Mountain National Forest.

1990- The Forest Biology Laboratory is established in Waterbury. 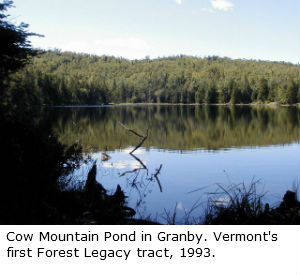 1997- The Vermont Legislature passes Act 15: An Act to Regulate the Heavy Cutting of the Timber Resources. This law was the first of its kind in Vermont and required approval for "heavy" cuts on areas over 40 acres in size. 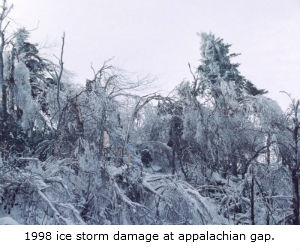 2002- The amount of forestland enrolled in the Use Value Appraisal program reaches 1.25 million acres.

2005- The Trees for Local Communities cost-share grant program exceeds 1 million in funding to municipalities and volunteer organizations across the state. The grants are now called Caring for Canopy.

2006- The Watershed Forestry Program is established under the Governor's Clean and Clear Initiative.

2009 - The Department of Forests, Parks and Recreation celebrates its first 100 years supporting Vermonters in their stewardship of forests.