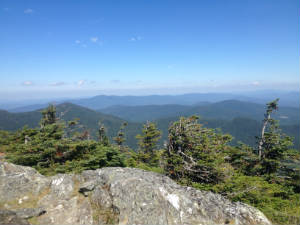 General Description: Initial acquisitions of property to become Hazen’s Notch State Park took place in 1934 and in 1946. The primary purpose of the parcel is protection of natural resources, including some rare and endangered species, and dispersed recreation.

Unique Features: Hazen’s Notch marks the terminus of the Hazen Military Road, built in 1779. This road was built by General Moses Hazen and his American Revolutionary forces in an attempt to reach and invade Montreal (LRMP, page 6). Hazen’s Notch State Park is home to Hazen’s Notch Natural Area, 273 acres in size. Historically, the cliffs have been used by Peregrine falcons as a nesting site.

Planning Overview: The long range management plan for Hazen’s Notch State Park was completed in March of 1988 and signed by then Commissioner Mollie Beattie on August 30, 1988. Management of the area remains the same now as it was then; however, the original plan does allow for updating and amendments as necessary.