"The Forest Legacy Program helps private landowners protect their forests for future generations while ensuring that their property rights are secure."

The federal Forest Legacy (16 U.S.C. Sec. 2103c) program was part of the 1990 Federal Farm Bill.  The program acknowledges that most forested lands in the United States are held in private ownership and that those landowners are facing growing financial pressure to convert those lands to uses that would remove them from the forested land base.  Much of this pressure arises from the demand for residential and commercial development. 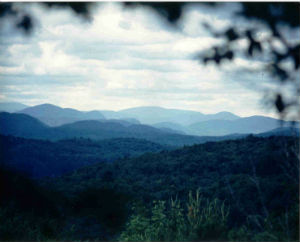 The Forest Legacy Program (FLP) is a federal grant program to protect forestlands from conversion to non-forest uses.  The Vermont Department of Forests, Parks & Recreation working in conjunction with the USDA Forest Service is the State Lead Agency for Vermont's Forest Legacy Program.

The FLP provides funding to further conservation of important forestland properties.  The program is entirely voluntary.  Landowners who wish to participate may either sell the property as fee simple title (all rights), or only a portion of the property rights and retain ownership of the land.  The use of conservation easements allows the land to remain in private ownership and ensures that important public values such as wildlife habitat, natural areas, forest resources, and outdoor recreation opportunities are protected.

Vermont has participated in the program since it began in 1992.  A number of Forest Legacy projects have been completed in Vermont with many more in varying stages of completion.  One notable achievement of Vermont's program has been the effort to protect the area between the northerly and southerly units of the Green Mountain National Forest.  The effort is called the Mt. Holly Wildlife Corridor, which nearly connects the protected land.

The Forest Legacy Program provides for up to 75 percent of the costs of a conservation easement or fee-simple acquisition, including the costs of appraisals, surveys, closing costs, title work and insurance, and other associated costs.  The remaining 25 percent must be matched by either the landowner or an assisting entity, such as a non-profit organization or non-federal governmental entity.

Non-profit partners are active in the Vermont FLP with national, State-wide, and local lands trusts aware of the FLP and serving as project proponents.  Project proponents seek landowners who are interested in the FLP, serve as an intermediary during negotiations, provide for public awareness of land protection efforts and may provide cost share in the form of funding acquisition activities.

Landownership changes in Vermont in the last decade are affecting the way in which the Forest Legacy Program receives applications.  Originally there was a call for applications from willing landowners who submitted projects on an individual basis.  Parcelization of timberland into smaller holdings is leading landowners to combine parcels to form regional projects that can compete at the federal level.  Currently non-profit organizations and community efforts are working together to submit applications. 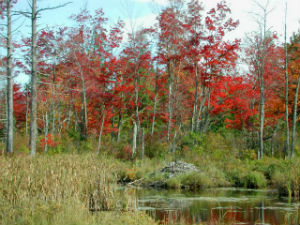 If a project is eligible for the program, the landowner(s) or an authorized agent may submit an application.

The applications are typically due by the end of July.  By early fall, applications are reviewed and ranked by the VT Forest Stewardship Committee.  By January the recommended list is forwarded to the US Forest Service Northeast Area office where they are pooled for ranking with the other northeast area states.  The regional ranking is then sent to Washington in late winter to be included in the President's proposed budget for the next fiscal year.  From this point until the beginning of the next fiscal year in October, Congress is developing the final budget for approval.

Landowners who participate in the Forest Legacy Program will be required to manage their property according to the terms of the resulting conservation easement.  As required for the Forest Legacy Program, a management plan or forest stewardship plan must be developed for each property.  A management plan encourages long-term stewardship by assisting private landowners with the active management of their natural resources.  Plans can be amended periodically to account for changes in landowner objectives, land ownership, or other factors which may not have been apparent originally.