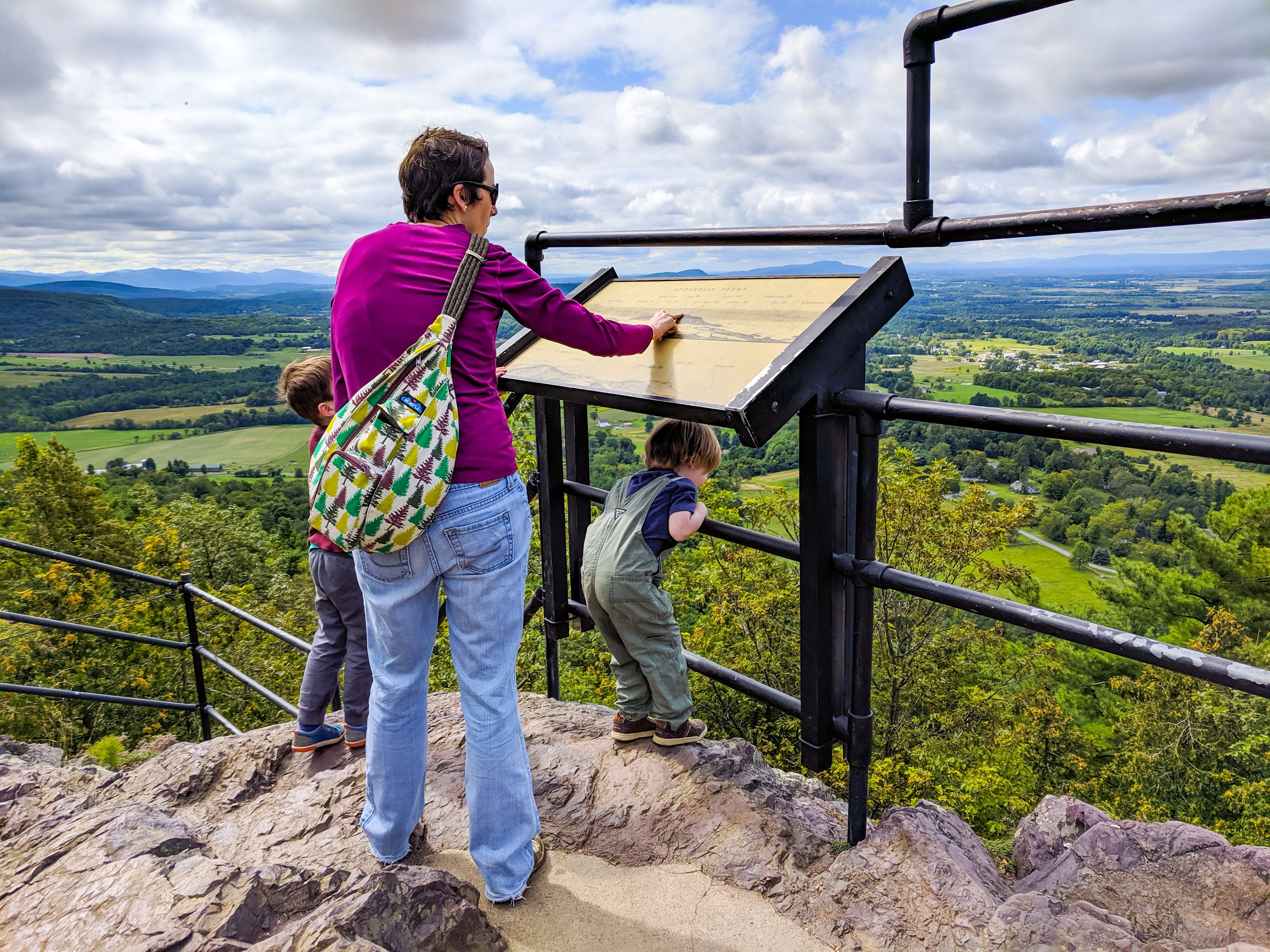 Department of Forests, Parks and Recreation | Agency of Natural Resources

After nearly a decade of work and with substantial public input, the Department of Forests, Parks and Recreation (FPR) has completed the long-range management plan (LRMP) for Mt. Philo State Park. This plan will guide the long-term management and stewardship of the area’s natural resources and human use. Work on the Mt. Philo plan has been a lengthy process, during which several public input meetings were held and the plan underwent multiple revisions to incorporate public feedback.

Among the needs identified in the LRMP are enhancement plans to address parking and trail improvements in response to increased park use. SE Group of Burlington has been contracted to develop an enhanced design to address vehicle and pedestrian traffic flow challenges at the park entrance and summit. As attendance has grown exponentially at Vermont’s oldest state park over the past few decades, this will help the park “catch up” with the influx of visitors and better meet the needs of park guests while also protecting the park’s natural features. The goal of this design project is to identify ways to more efficiently greet people entering the park, and to more effectively get them to the places they want to enjoy while minimizing the impacts of overcrowding at the park’s access and most visited points. This will likely include expanded parking at the entrance and enhanced wayfinding and accessibility near the summit in addition to other potential improvements. FPR expects to have potential designs ready to share and solicit public feedback about later this spring.

Additionally, FPR hired Timber and Stone, LLC, from East Montpelier to develop a design enhancing and addressing significant maintenance needs to the park’s trail system. Work to implement this design will begin in 2020, subject to funding. This project is critical to the long-term sustainability of the trail system and health of the surrounding forest.

“Through the LRMP development process, a number of issues came to light that clearly require yet more planning, design and input,” Parks Regional Manager Reuben Allen said. “Ongoing communication and collaboration with our community partners and park users is critical to our success at Mt. Philo and elsewhere, and just because the plan is complete doesn’t mean the process of designing needed improvements to the park is going to stop. As we move forward, we welcome feedback and ideas for us to continue to improve our ability to serve those who enjoy our unmatched park system.”

During the 2019 season, Mt. Philo had 68,638 visitors during the operating season between Memorial Day weekend and October 20. This is a 30% increase from 2018. Although much of this one-year increase can be attributed to a 2019 change in which the park opened at 8 a.m. rather than the traditional 10 a.m. start time, the park’s attendance has been steadily increasing over the last few decades. In 2009, the park’s attendance was 22,073, nearly double that of a decade earlier when the attendance totaled 12,228.