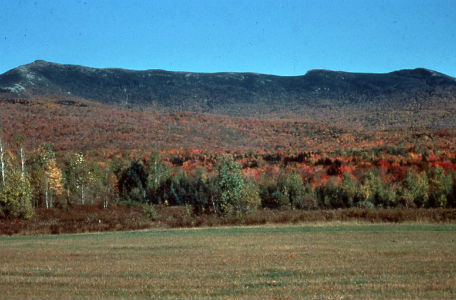 For more information about this unit please visit the web pages for the 4 State Parks located within its boundary:

Mt. Mansfield State Forest is the largest contiguous landholding owned by the Vermont Department of Forests, Parks and Recreation and one of its most diverse. The forest consists of 44,444 acres and spreads into seven towns in three counties. It is also managed out of two District/Regional Offices. Most of the land in the Towns of Bolton and Underhill are managed by the Essex District Office. The remainder of the State Forest is managed by the Barre District Office.

Mt. Mansfield State Forest also contains the 880-acre Waterbury Reservoir. Except for a small section of shoreline along the south eastern shore, the remainder of the shoreline is publicly owned and for the most part undeveloped. The Reservoir was created in the 1930s when the Civilian Conservation Corp constructed a flood control/electrical generation dam on the Little River.

Mt. Mansfield State Forest is named for Mount Mansfield, the highest peak in Vermont at 4,393-feet. The summit ridge is only one of three mountains in the State where alpine tundra survived the ice age. It should be noted, that the 400-acre summit ridge is actually owned by the University of Vermont.

There are numerous miles of hiking trails that include the Long Trail and associated side trails. The Department partners with the Green Mountain Club to manage the Long Trail and Shelters. There are also a number of hiking trails associated with Little River State Park. One such trail is the Little River History Hike which highlights the life of the residents in this area during the late 1800s and early 1900s.

Not only are there the two Nordic ski centers, but the Catamount Trail Association manages a number of backcountry ski trails on the Forest. There are over 36 miles of VAST snowmachine trails throughout the Forest and mountain biking trails in the southern end of the Forest.

In Smugglers Notch, rock and ice climbing and bouldering are common activities. Hunting, fishing and trapping are allowed throughout the Forest, following the rules and regulations developed by the VT Fish & Wildlife Department.

The Long-range Management Plan for Mt. Mansfield State Forest was developed in 2002. Since this Plan was written an additional 4,600 acres has been acquired. The Department will be preparing an amendment to the 2002 LRMP to address management of the additional acreage.